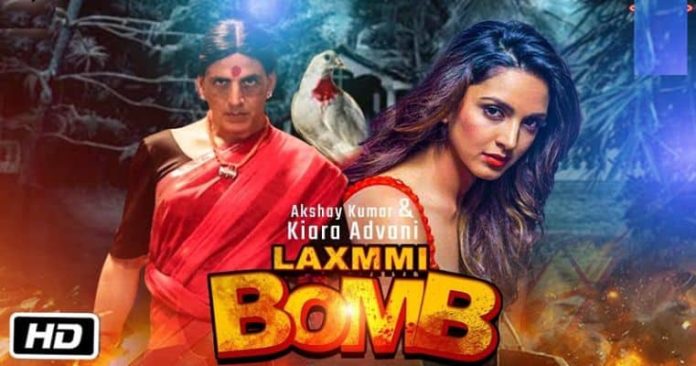 Laxmmi Bomb is a comedy horror film written and directed by Raghava Lawrence. The film starring Akshay Kumar and Kiara Advani is remake of Tamil moive Muni 2: Kanchana. The interesting thing is that Akshay Kumar will play the role of transgender.

Laxmmi Bomb is a mid-budget film.  It is made on a budget of approx. 50 Crore. There is no print and advertisement cost as the film is directly released on an OTT platform.

The film would have been collected more than 200 crore had it been released on theatres. As all theatres have been closed due to the on-going pandemic, Laxmmi Bomb box office collection will be measured by its digital right selling price.

As per report, digitial rights of Laxmmi Bomb is huge around Rs. 125 Crore. Considering its satellite and music right, the movie will collect more than Rs. 150 Crore.

The estimated budget of Laxmmi Bomb is Rs. 50 Crore. Whereas Laxmmi Bomb sold its digital right to Disney + Hotstar with an estimated amount of Rs. 125 Crore. So, the film received a direct profit of Rs. 75 Crore. Besides it, Laxmmi Bomb will get considerable amount by selling it Satellite , Television and Music rights. So, Laxmmi Bomb, in our view, is considered to be a hit film.

Akshay Kumar is going through his best phase of life in term of box office success of his movies. Last three films of Akshay Kumar crossed Rs. 200 Crore in India except one short of few crore. If Laxmmi Bomb is released theatrically, it would have another movie crossing Rs. 200 Crore at the box office. However, it has cracked a good deal with Disney + Hotstar.