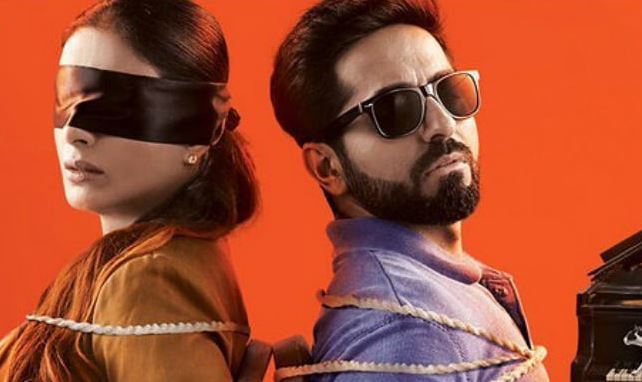 Andhadhun Movie Review:
Here, we bring you movie reviews from different Critics to a single platform so that you can take a look before opting for the film. We make the rating by adding the point awarded by different Critics and then divided by number of Critics.

Please refresh the page for counting of review of more critics

Terrible things happen in this film, yet it manages to tread lightly throughout. This overall effect and the build-up of suspense are a consequence of the smooth interplay between Raghavan’s purposefulness, KU Mohanan’s clever camerawork (what he hides being as important as what he chooses to show), and the intricate sound design by Madhu Apsara. The weave is tied in by Amit Trivedi’s well-conceptualised soundtrack, the thoughtful mix of original songs and re-runs of classics, and Daniel B George’s background score

Andhadhun is racy, pacy and appropriately pulpy: alert viewers may twig on to the big reveal, but the thrills and chills are right there where they should be. It also dexterously drops some primal issues in our lap: what is right, what, if anything, is wrong? How important is fate? Does everyone deserve a life? Or is it all about just desserts?It’s been a while since I’ve had so much twisty fun at the movies. Pro-tip: do not step out, do not look away, and stay right till the end.

Lead actor Ayushmann Khurana has never been better: he hits it right out of the park – and then some. As good as she has ever been, Tabu, too, is astounding as a woman who exudes as much charm as deadly intent. Radhika Apte, playing markedly less tortured than she has been in most of her recent screen outings, is effortlessly pitch-perfect. Supporting cast members Chhaya Kadam, Zakir Hussain, Manav Vij and Ashwini Kalsekar also add their mite to the film.

While the first half is replete with a blend of palpitating tension, suspense and comedy in classic Raghavan style, the second half slumps a bit. The plot gets a tad chaotic and convoluted as opposed to its terrific build-up. The long-winded conversation between characters slackens the pace and eases out the tension a bit, which you don’t expect at that point. However, a spectacular climax makes up for it.

A series of mysterious events take place in the life of a blind pianist (Ayushmann Khurrana). Now, he must report a crime that he never actually witnessed.